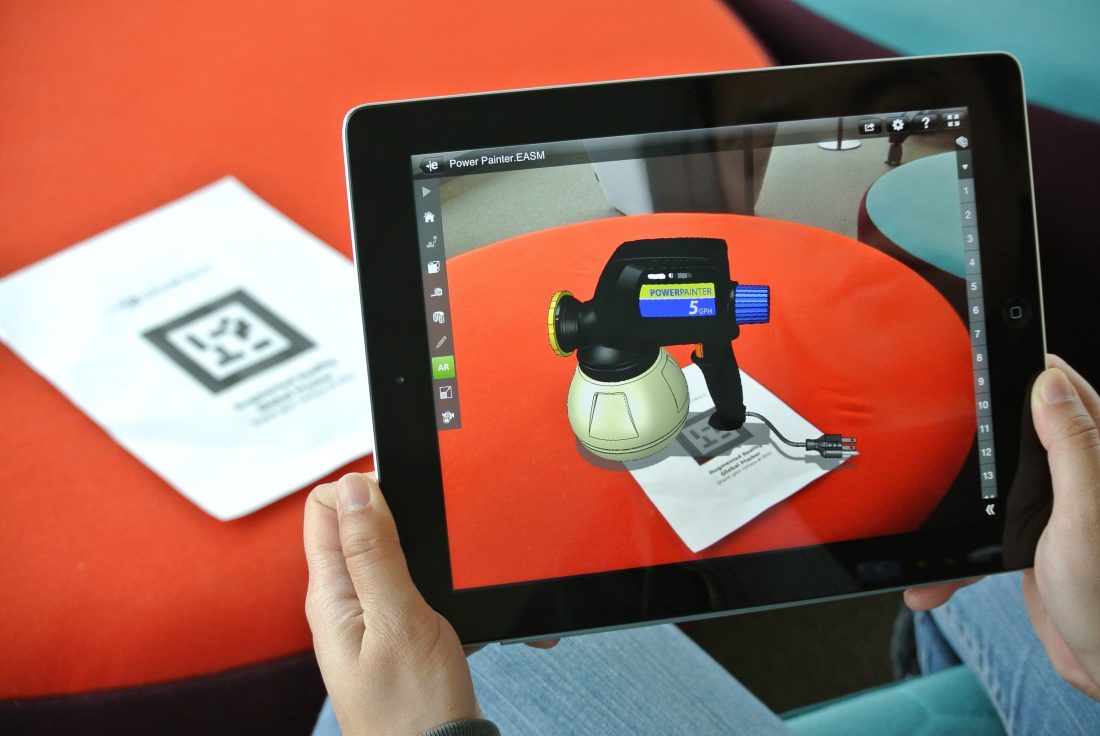 It’s the current big thing, a must-have piece of kit reflecting the breathless growth of digital technology. We see virtual reality in special effects from swimming with whales to fighting zombies allowing you to become completely immersed in an experience.

And commentators argue, this will soon be a fixture in our living room as we play ever-complex games and watch more sophisticated movies – witness some scenes in the latest Star Wars.

Indeed, the gaming industry has been leading the way and many see virtual reality (VR) as simply for game playing. But when politicians wear the headsets for every available photo opportunity, then you know what VR has really arrived.

The concern in some circles, however, is that architects will be too slow to take up this transformational technology.

VR is the term used to describe a three-dimensional, computer generated environment which can be explored, and interacted with, by a person using a headset. That person instantly becomes part if this virtual world and is immersed within this environment. Whilst there, they are able to manipulate objects or perform a series of actions by moving their head and using a controller.

Whether it’s 3D movies or video games, VR is increasingly common in our everyday experience. The on-screen action is complemented by the introduction of a ‘special effects’ fictional world, viewed as a fully-immersive involvement through the headset.

Media big hitters such as Sony have been developing the headset fully-immersive experience for some time while Samsung is releasing consumer versions of their virtual reality (VR) headsets this year.

With the BBC also predicting that 2016 will be the year that VR goes from niche to mainstream, where does architecture stand in relation to this revolution?

Worryingly, some observers feel there’s a danger that it could lag well behind in exploiting its design potential and may take ages to catch up. Proponents of VR suggest that, unlike other industries, architects have been slow to grasp the nettle of this rapidly advancing technology.

Progressives in the industry point to those architects who feel that viewing designs in fully-immersive 3D environments is very much for ‘tomorrow’s world’ and stick to design forms that they know and are comfortable with. VR is here today and here to stay, they argue. As a result, the way architects relate to space has changed forever and there can be no comfort zones.

Given the rate of technological progress, this has come about relatively recently. For, it wasn’t that long ago when flat hand-drawn plans by architects were all that clients saw and builders had to work on. These were followed by blueprints then this was superseded by computer-aided designs.

What exactly does VR bring to the party? VR has a huge range of other useful applications, especially within the architecture and construction industry.

Platforms in today’s market such as the Oculus Rift Gear VR, Google Cardboard, HTC Vive, and Hololens- combined with software like unity or Unreal – open a whole new design filed VR, it would appear, has become the ultimate tool to explore the possibilities of space: to imagine what’s possible, independent of the any constraints imposed by real spaces.

Current market leaders Oculus, burst on to the scene by releasing their first headset, the Development Kit 1, early in 2013 and after a second version a year later they were bought by Facebook in 2015 for an incredible $2 billion, giving some indication to the potential of the technology. Their first consumer headset, with great improvements from the development versions, has finally been released. Rivals HTC and Sony are releasing their versions, too.

VR, supporters say, brings many advantages that simple flat plans or 2D computer images cannot provide. One of the greatest benefits is that viewing structures in this way allows for a greater appreciation of the sense of the scale involved. It also offers the opportunity to spot any issues with the structure before its built avoiding costly post-build alterations.

Using a technology as interactive as VR leads to increased levels of interaction with architects designs. When ‘walking’ through a building, users can open doors, turn on light and even make stylistic changes to the interior. From a planning point of view, VR also offers architects a powerful tool to help gain local authority permission.

One of the fastest-growing UK practitioners are Plymouth- based TruVision – a recently established collaboration of Joe Taylor, managing director, Conor Handley-Collins, sales and marketing, with Lewis Goodall and Gary Robertson, development.

In addition to virtual reality experiences, TruVision also offer clients many options to tailor projects including video walkthroughs for promotional purposes or bespoke interactions allowing the customising of a structure.

Overall then, where are we in terms of architecture and VR design? The industry had moved from sketches through blueprints to blueprints to building information modelling and now VR. For some, VR certainly doesn’t have to spell the end of traditional blueprints and CAD designs. They will probably stay a staple in the industry, supplemented by VR when projects require increased immersion to demonstrate designs effectively.

On the other hand, some observers predict that traditional methods will disappear and within a few years every architect will design using 3D googles sending clients virtual models of their projects so they can walk through them wearing 3D headset.

The message for practices up and down the land appears to be clear: strap in and hold tight – the journey into space, the final frontier in architecture, is under way.

TruVision VR provide virtual reality walkthroughs of buildings and environments, allowing people to virtually walk around their new home before it’s even built.

They have been involved in a variety of different projects including, most recently, a campus visualisation for Plymouth University, allowing students to walk around the university’s facilities without even having to attend an open day.

As well as creating virtual homes, a variety of schools, cinemas and super yachts have chosen to use VR ensuring every fine detail is correct, avoiding costly post-build alterations.

In the creation of these visualisations, TruVision VR use architect created files such as CAD Revit and SketchUp before adding realistic textures, accurate lighting and interactive features. Beyond that, the interactive abilities of virtual reality headsets allow aspects of a building to be customised in real time, from the style of the kitchen counters and cupboards, to the furniture in your living room and the paint on the walls.

VR allows people to change interior design elements while inside of their new project, seeing the effect of the changes immediately and creating the perfect space, so saving a lot of time and money.

For further information on augmented reality and other marketing tools please contact us below:

View Our Services
Get a Free Quote